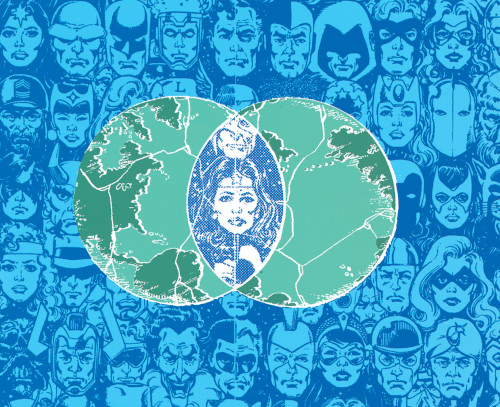 Crisis on Infinite Earths was an attempt by Marv Wolfman and George Perez to clean up DC Comics continuity and make the publisher’s line more reader-friendly. The story showed the Anti-Monitor trying to eliminate all of the many versions of Earth that had appeared in DC stories, and the few surviving Earths ended up merged into one. Numerous characters didn’t make it through the story alive; characters whose original, defunct publishers had been absorbed by DC now found themselves to be native to Earth-1. Tim, on a drive to understand more about the DC Comics he passed by in his youth, is joined by longtime DC reader Professor Alan to look at why this event happened, why it still matters, and what it reveals about the difference between DC and Marvel. While Marv Wolfman and George Perez’s New Teen Titans (1980-1988) goes over the top with purple-prose narration and unsubtle plot points, it represents a turning point for DC Comics in a number of ways: it introduced many heroes and villains who are still around today; it was set in New York City, rather than some fictional burg; it was a major step toward getting DC to care as much about continuity as Marvel had for nearly 20 years. Patreon supporter Dylan joins Tim to discuss the first two years of this milestone series. Of course she’s been around for decades, but when it comes to how the character’s been presented, there’s always been a tension between her feminist qualities and the pinup-y ones. Is she here to empower women or excite men? Can it be both?

This week Emmet and John are here to talk about the genesis of a DC marquee character and how she’s been presented by various creators, with an emphasis on Grant Morrison and Yanick Paquette’s Wonder Woman: Earth One, and a useful comparison of Wonder Woman comics and the movie Mad Max: Fury Road.