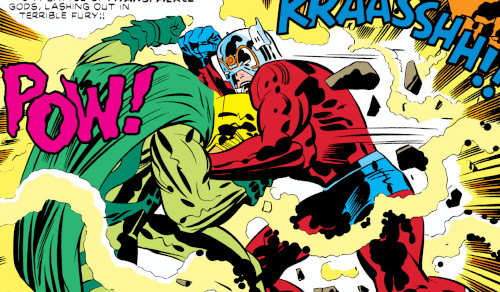 Jack Kirby‘s big plans for his four Fourth World books were cut short when DC abruptly cancelled all but one of them. The Forever People and New Gods both ended with their 11th issues, dated April 1972. Along the way, the Forever People had an unplanned meetup with Deadman, and the New Gods got all their fighting in while they could, and still left us hanging at the end. Tim and Emmet discuss The Forever People 9-11 and New Gods 7-11.