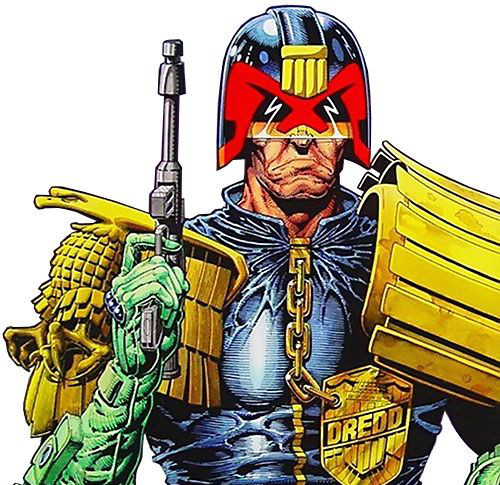 Judge Dredd, created by writer John Wagner and artist Carlos Ezquerra, first appeared in 1977 and is as mainstream in the UK as Marvel and DC are considered to be in the US. Until recently, Kumar had read very little of it, but after reading a sizable chunk of the series, including such classic storylines as The Day the Law Died and Apocalypse War, he talks in this episode with longtime Dredd reader Matt E (who last appeared on this podcast way back in 2015!) and compares notes on the comic’s astronomical body count, whether Dredd is a hero or a villain, and more.