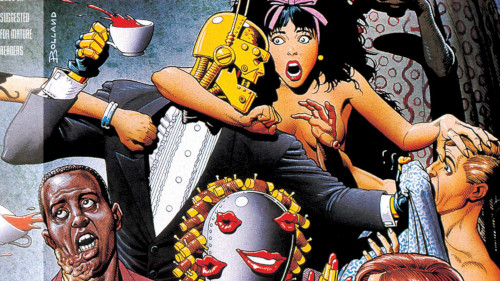 In the mid-’90s, Grant Morrison’s innovative run on Doom Patrol was followed by that of Rachel Pollack, who took advantage of Morrison’s legacy, the greatest variety of sexual minority characters of any mainstream comic at the time, to express her feelings about being trans and a lesbian herself. Her run also examines a number of standard comic book tropes. This run, which was far ahead of its time, has been unavailable in a collection for some time, but these issues (64 to 87) are finally to be made available this month in an omnibus. Kumar and Emmet discuss this gender-bending run.