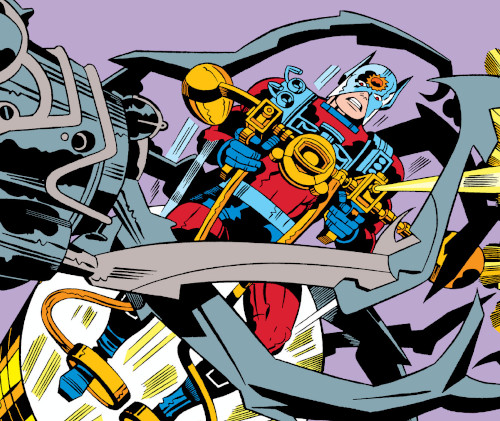 In 1984, ten years after the last of Jack Kirby‘s Fourth World books was canceled, Kirby was brought back to do a brand new New Gods story in the final issue of a series that had been reprinting the original series. The story, Even Gods Must Die, is typical Kirby Fourth World: alternately horrifying and goofy, with sly commentary on the encroachment of computerized automation of life, and also, perhaps, on the very fact that DC was having him back. Tim and Emmet discuss the penultimate chapter in Kirby’s Fourth World.