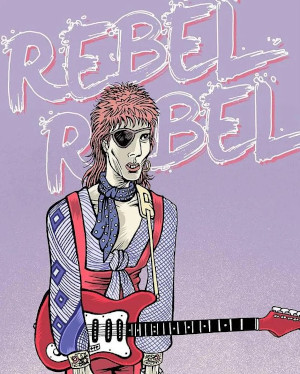 Con Chrisoulis has been on the comics scene since 1996, releasing comics in his native Australia, in Greece, and in the UK, as well as comics on the web. He’s best known for Tales of the Smiths, Rebel Rebel: The Graphic Biography of David Bowie, and King: The Graphic Biography of Jack Kirby. In this episode, he talks with Emmet about all these works, and the pushback on political commentary in some of his work.