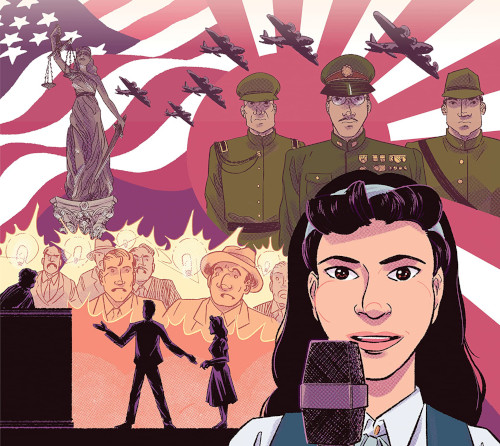 If you’re at all aware of Tokyo Rose, it’s most likely simply as a woman heard over a radio in a movie set in World War II. But who was she, how did she end up in that situation, and what was the result for the war effort and for her? Tokyo Rose- Zero Hour is a new graphic novel by Andre Frattino and Kate Kasenow that fills us in on Iva Toguri, a Japanese-American woman who, under very odd circumstances, found herself working at Radio Tokyo during the war. Tim and Kumar review.

Toguri shooting some kind of a scripted scene